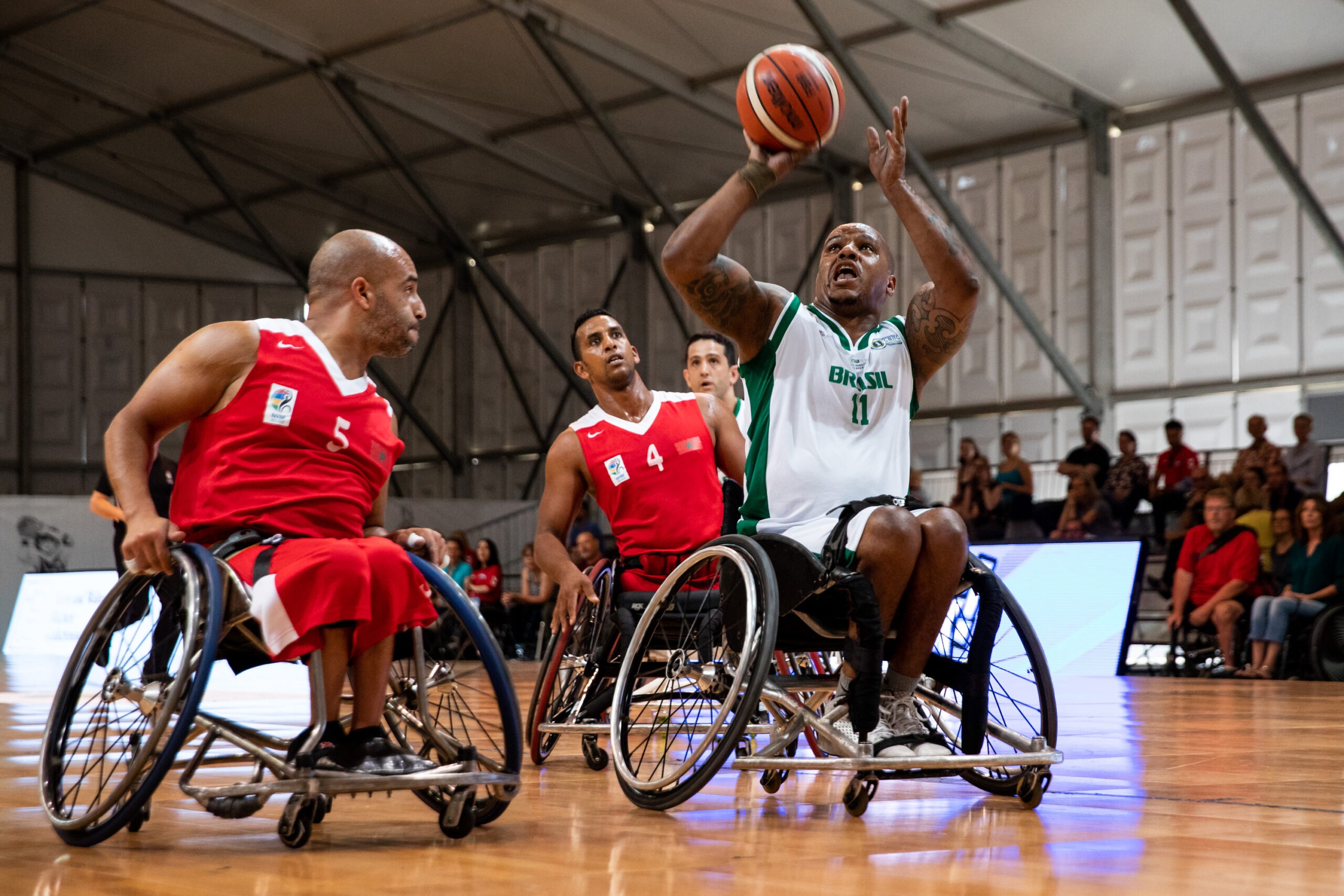 IWBF World have announced a new qualification system for the Summer Paralympic Games and World Championships for both men and women. The development of this system has been in response to requests to ensure we keep representation from all of our zones, whilst also trying to make sure that the very best teams in the world qualify.

Therefore IWBF World introduced a ‘repecharge’ competition to provide both the men’s and women’s teams who did not qualify through zonal championships the opportunity to qualify through one final route.

In both the men’s and women’s qualification the top two nations from each zone, who did not qualify through their zonal championships, would be offered the opportunity to compete at a ‘repecharge’ world tournament. In the men’s competition this would provide a further three places for qualification, and in the women’s competition, one place. The table below illustrates attainment of places for zones, based on results in the previous major competition 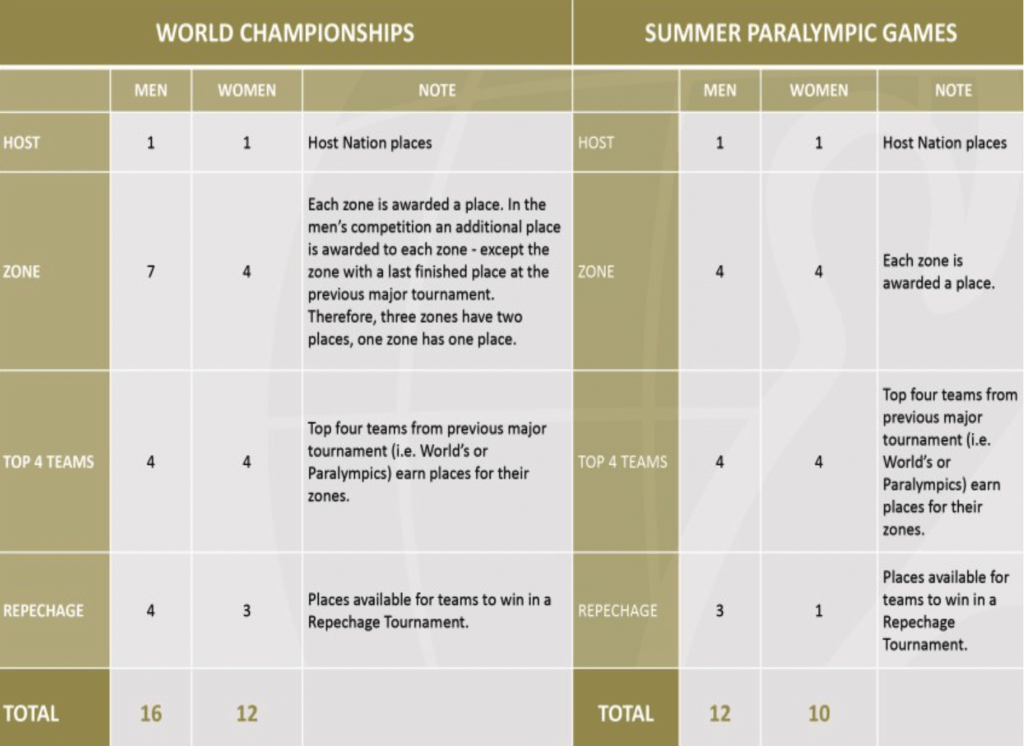 IWBF Africa has also realised that the growth of its new members in the Zone, will soon include 32-member countries.

This equates to hosting a very large, expensive and logistical nightmare of a tournament. Therefore, the only fair process to qualify teams for the World Qualification, is to adopt a competition strategy that allows all members to participate and compete through their respective Regional Qualifying Tournaments.

We must also include a process that recognises the HOST Country and the FINALISTS of the previous qualifiers and afford them automatic qualification into the African Qualifying Tournaments.

This format allows that REGION, who has achieved Gold Medal game status, to promote its next level team through the Regional Qualifiers, thus rewarding the development in that region and also ensuring a level of strength in African qualifying tournaments. 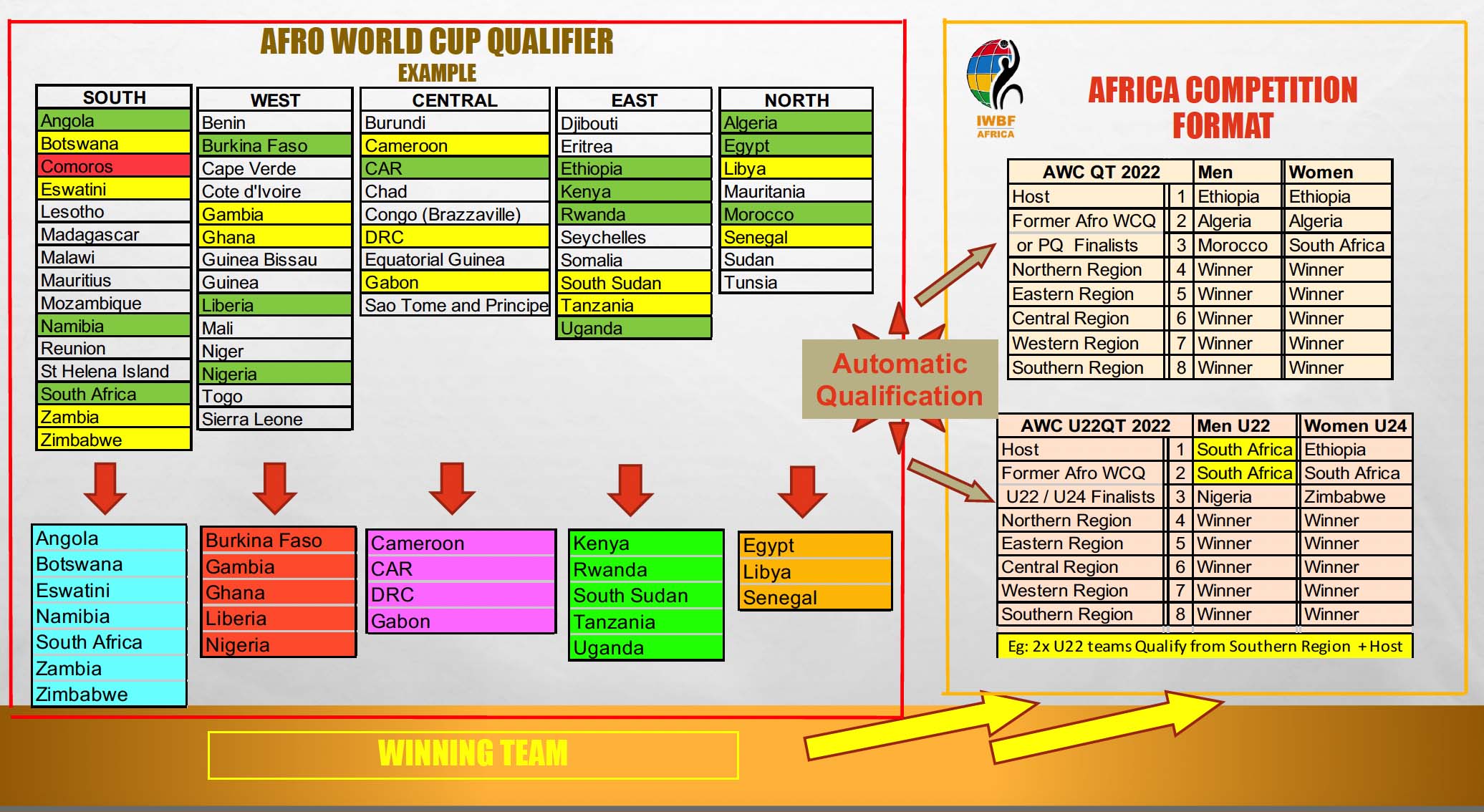 The competition format above shows members in good standing who can play in these Regional Qualifiers.

For other NOWB’s who wish to compete in these tournaments, they must become full members of the IWBF 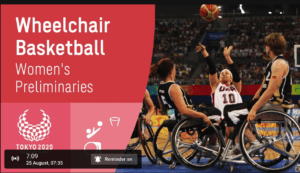 Where to watch Tokyo 2020 matches online

Send Us A Message